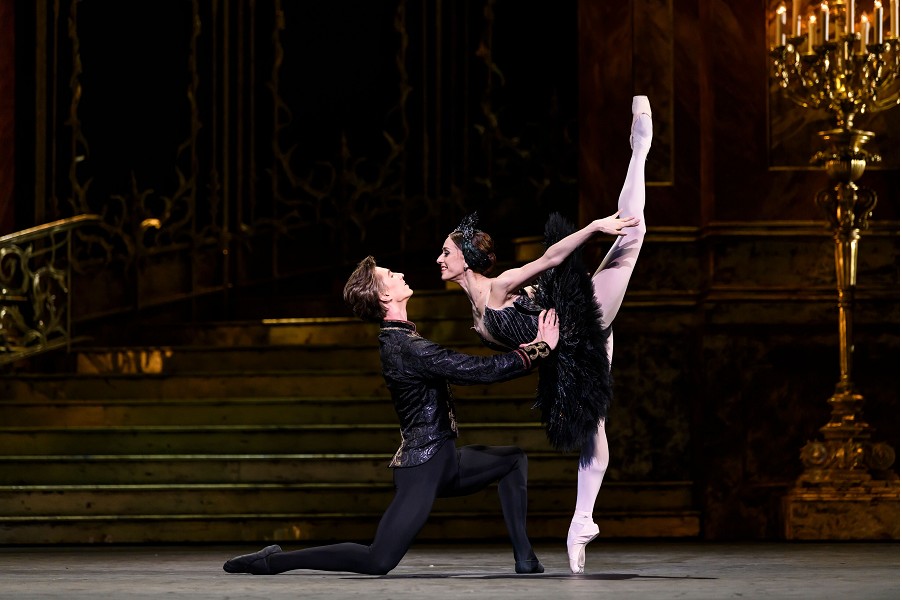 The Royal Ballet revives for the first time the recent new production of Tchaikovsky’s magnificent classical ballet. Production and additional choreography by Liam Scarlett and designs by John Macfarlane.

The Story:- Prince Siegfried chances upon a flock of swans while out hunting. When one of the swans turns into a beautiful woman, Odette, he is enraptured. But she is under a spell that holds her captive, allowing her to regain her human form only at night.

Background:- Liam Scarlett’s glorious production of Swan Lake, new in 2018, returns for its first revival. While remaining faithful to the Marius Petipa/Lev Ivanov text, Scarlett’s additional choreography and John Macfarlane’s magnificent designs breathe new life into what is arguably the best-known and most-loved classical ballet. The entire Company shines in this eternal tale of doomed love, a masterpiece filled with iconic moments. Tchaikovsky’s first score for ballet soars with its symphonic sweep and combines perfectly with exquisite choreography from the grand pas de deux of Prince Siegfried and Odile to the swans at the lakeside. An intoxicating mix of spectacle and intimate passion, the overall effect is irresistible.

Approximate running time is about 3 hours

(includes an admin fee of 30p)