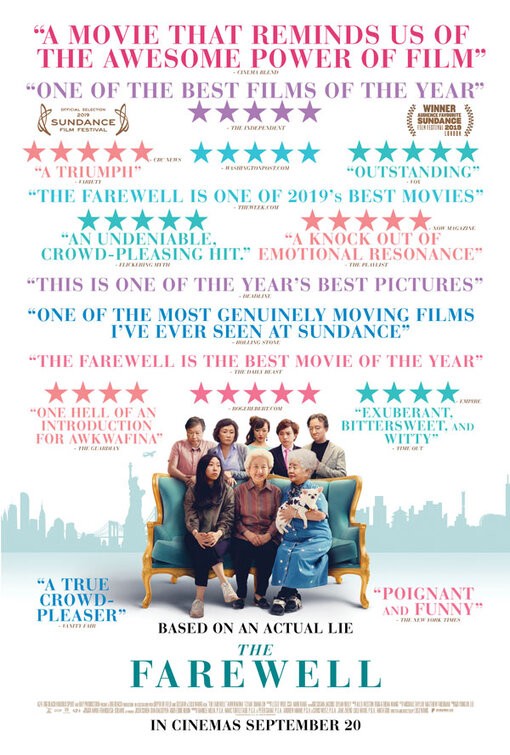 Young Chinese-American Billi (Awkwafina) discovers that her beloved grandmother Nai Nai is dying of cancer back in China, and that her family have decided to keep the diagnosis a secret from Nai Nai. But they still want to gather together to say their goodbyes, so they hatch an elaborate plan to stage a fake wedding between Billi’s cousin Hao Hao (Han Chen) and his girlfriend of just three months. Billi returns to China as aunts, uncles and cousins all gather around the unsuspecting family matriarch for a loving celebration intended to hide her secret farewell.

Billi is torn between her modern sensibilities and respect for family and cultural traditions, and just wants to do the right thing by her beloved grandmother.

'The Farewell is a comedy of warmth and bracing honesty. Simply put, it's one of the best films of the year.' - The Independent

'..a yin and yang of roots and identities, humour and pathos that comes together into a satisfying, bittersweet wedding banquet of a movie.' - The Guardian