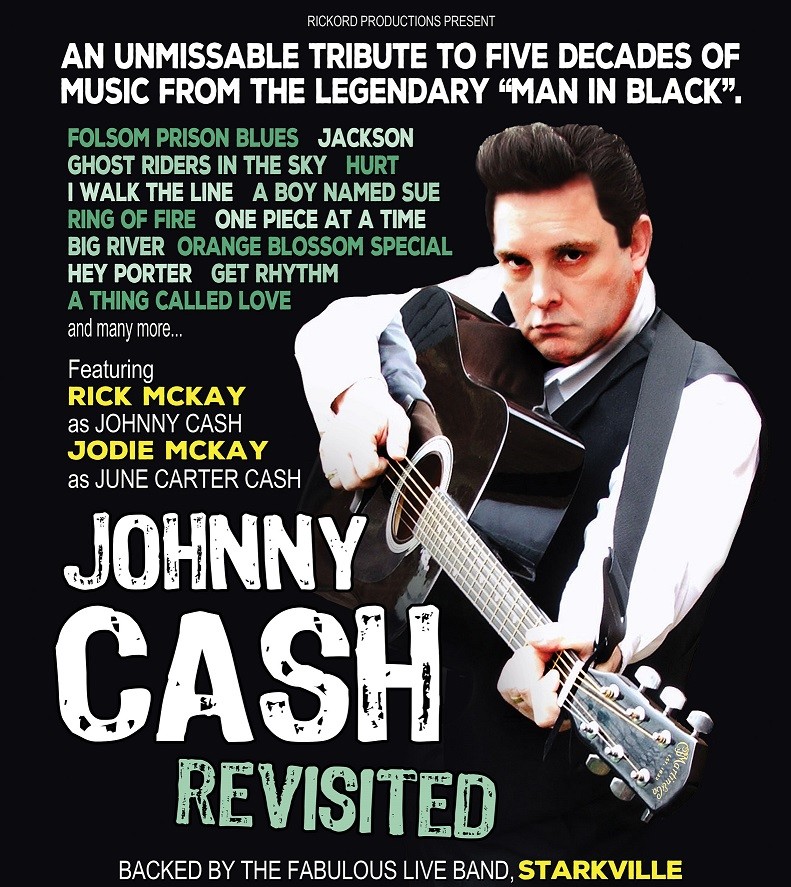 A Tribute to the Legendary 'Man in Black'.

Rick McKay and special guest Jodie McKay pay tribute to Johnny Cash and June Carter with the fabulous live band, Starkville, to bring you an exciting and fun show packed full of great music from the 'Man in Black' and his musical friends!

Hear all the classics from “Hey Porter”, “I Walk The Line”, “Ring Of Fire” and “Folsom Prison Blues”, to “A Boy Named Sue”, “San Quentin”, “Sunday Morning Coming Down”, “One Piece At A Time” and the incredibly powerful “Hurt”.

“Rick McKay and Starkville are doing an excellent job of keeping Johnny's music alive and well in the UK and for that we are extremely grateful” - WS 'Fluke' Holland who was Johnny's drummer in The Tennessee Three and who has played with Starkville.

"I would recommend this show to anyone from die hard old Johnny Cash fans to newcomers who want to hear the real deal" - Dave Roe who was the bassist with The Tennessee Three.

With such high praise from two original band members, this is a show not to be missed!

Saturday 27 June performance has been rescheduled to Friday 23 October. If you have pre-booked tickets, they will be valid for the new date.