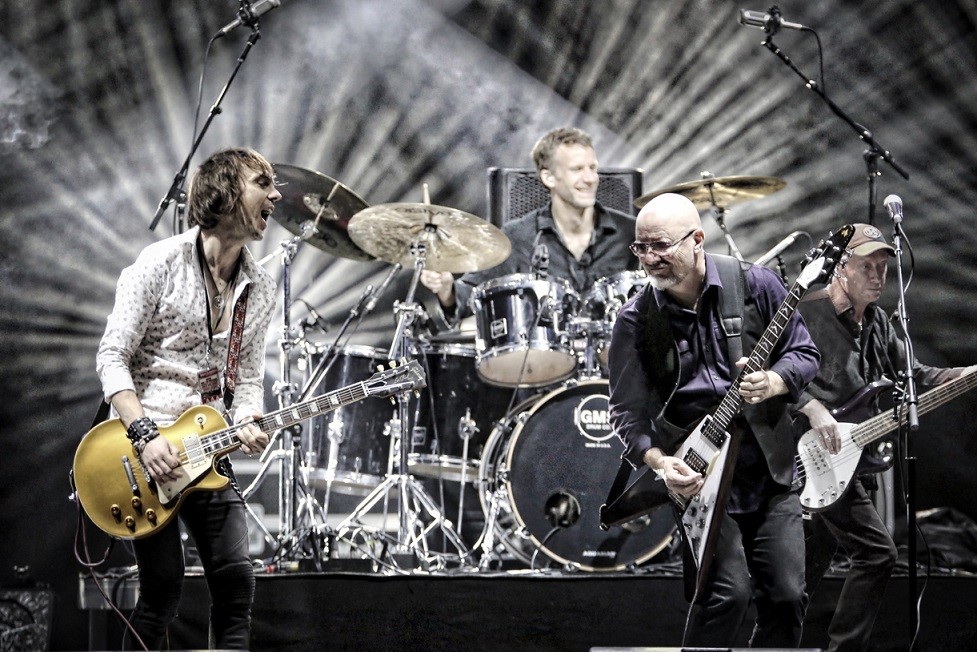 Wishbone Ash come to The Beehive as part of their first European tour dates in two years.

These legendary rockers achieved a remarkable milestone in 2019 when they embarked on a massive 50th Anniversary World tour. We are delighted that they're showing no signs of slowing down as they enter a sixth decade of bringing their unique brand of twin lead guitar led Classic Rock to their huge army of adoring fans. With main man Andy Powell still at the helm they are undoubtedly one of the most influential and celebrated bands in the history of rock!

Their classic album 'Argus' was voted Album Of The Year by Melody Maker and since then the accolades and critical acclaim have continued to grow. They have been named as a major influence by bands such as Iron Maiden, Van Halen, Lynyrd Skynyrd, Metallica, Thin Lizzy, Dream Theater, Opeth & Overkill amongst countless others. Andy has been a constant 'Best Guitarist' throughout his career as well as being a highly sought after session musician and featuring as part of Miles Copeland's celebrated 'Night Of The Guitars' alongside fellow greats Leslie West, Steve Howe, Robby Kreiger, Alvin Lee, Randy California & Jan Akkerman.

So expect to be treated to great new material alongside such classics as 'The King Will Come', 'Throw Down The Sword' & 'Blowin' Free'.

If you've never seen this sensational band, you're in for a real treat! If you've seen them before, you'll know tickets sell fast and you'll want to be in the front of the queue!!

Classic Rock just doesn't get any better than this!!!