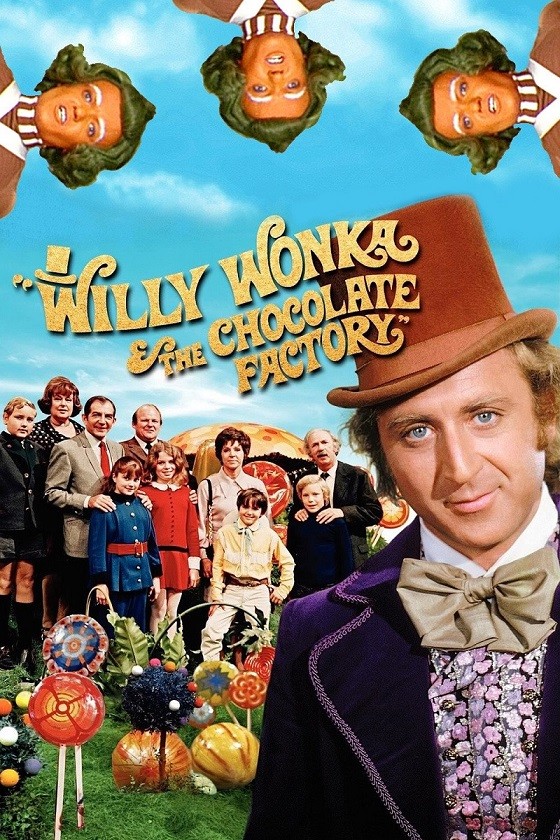 The 1971 American musical fantasy film starring Gene Wilder, based on the novel by Roald Dahl.

The last of five coveted "golden tickets" falls into the hands of a sweet but very poor boy. He and his grandpa then get a tour of the strangest chocolate factory in the world. The owner (Gene Wilder) leads five young winners on a thrilling and often dangerous tour of his factory.

Probably the best film of its sort since The Wizard of Oz. It is everything that family movies usually claim to be, but aren't: Delightful, funny, scary, exciting, and, most of all, a genuine work of imagination. Chicago Times

Seats are not allocated for these showings