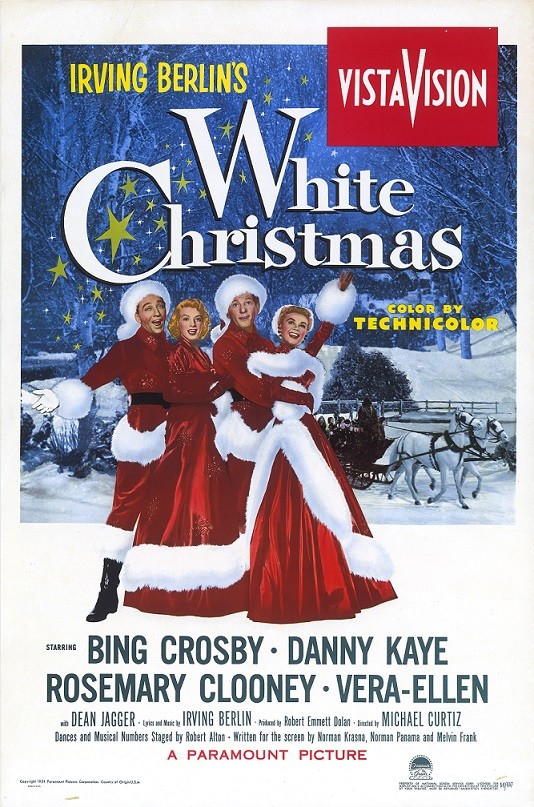 Having left the Army following W.W.II, Bob Wallace (Bing Crosby) and Phil Davis (Danny Kaye) team up to become a top song-and-dance act. Davis plays matchmaker and introduces Wallace to a pair of beautiful sisters (Betty and Judy - played by Rosemary Clooney & Vera-Ellen) who also have a song-and-dance act. When Betty and Judy travel to a Vermont lodge to perform a Christmas show, Wallace and Davis follow, only to find their former commander, General Waverly, as the lodge owner. A series of romantic mix-ups ensue as the performers try to help the General. The first movie to be filmed in VistaVision!

'White Christmas is the cinema equivalent of an inappropriate festive snog under the mistletoe -- you know you probably shouldn't enjoy it but you just can't help yourself.' -The Times