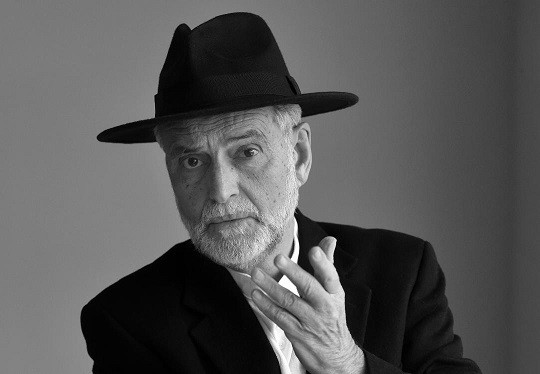 Explore the tragic, funny and often unbelievable life of fiction’s most famous Jew in this acclaimed theatre production that has toured over 50 countries.

Written and performed by Gareth Armstrong, and directed by Frank Barrie and running at just 80 minutes, this is a play which explores the world of Shakespeare’s most controversial character, Shylock from the Merchant of Venice. The play examines religious and racial intolerance, the history of plays in performance and celebrates the richness of Shakespeare’s language.

Gareth, who has played leading roles with the Royal Shakespeare Company in the West End and at Shakespeare’s Globe, first performed Shylock at the 1997 Edinburgh Fringe, receiving astonishing reviews in the national press and 5 Stars from the Festival critics. Over the following 10 years Shylock won awards touring all over the world from Stratford-upon-Avon to off-Broadway.

“Armstrong is nothing short of incredible...It is an exceptional piece of theatre. Everyone should see it.” - The Independent on Sunday

“This is as good as theatre gets...It was undiluted joy and a privilege to watch.”  - Liverpool Daily Post.

“It’s all fascinating, a nimble analysis of the thorny, much-abused character and the great, troublesome play.”  - The Washington Post.

“It delights, enlightens and dazzles. With a leer, a wink, a shrug, he expresses more than words can say. In a word, brilliant.” - Jewish Bulletin of Northern California.

“Shakespeare fans will kneel in homage and raise their arms to shout ‘Hallelujah’.” - The Dominion, Wellington NZ.

“This is a performance which deserves to be sold out. It is theatre for thinking men and women, it is theatre of the imagination, of liberating emotions and, also, of bold thinking.” -  Kurier, Vienna.

“Gareth Armstrong is magnetic throughout...You need not be Jewish nor and Eng Lit expert to appreciate this: you need only be human.” - The List, Edinburgh (5 Stars).

The show is suitable for age 15 and above.

This show is brought to The Beehive through Devon’s Rural touring scheme ‘Villages in Action’ and we thank them for their support.