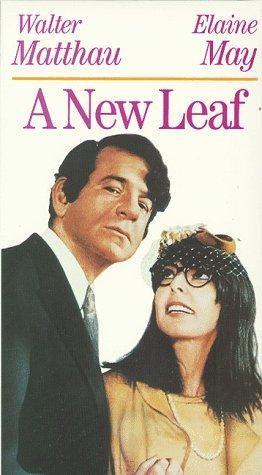 Directed by Elaine May

Nostalgic Cinema Events are kindly sponsored by Home Instead

A spoiled and self-absorbed man who has squandered his inheritance, Henry Graham (Walter Matthau) is desperate to find a way to maintain his lavish lifestyle. Henry sees an opportunity when he meets Henrietta Lowell (Elaine May), an awkward and bookish heiress. Though Henry courts Henrietta, he has no intention of remaining with her, and he develops a surprisingly sinister scheme. As Henry attempts to execute his plan, he finds that seeing it through may not be as easy as he had thought.

A New Leaf is one of the funniest and most tender films I have ever seen. - Chicago Tribune

It is all charming and funny and distinctive in its humour, and the principals are ideally used. Clearly Miss May has a way with actors, herself as much as anyone else, and her touch extends even to the smaller parts. - The Times

Tickets £4.50 - includes hot drink, biscuits and chat after the screening.