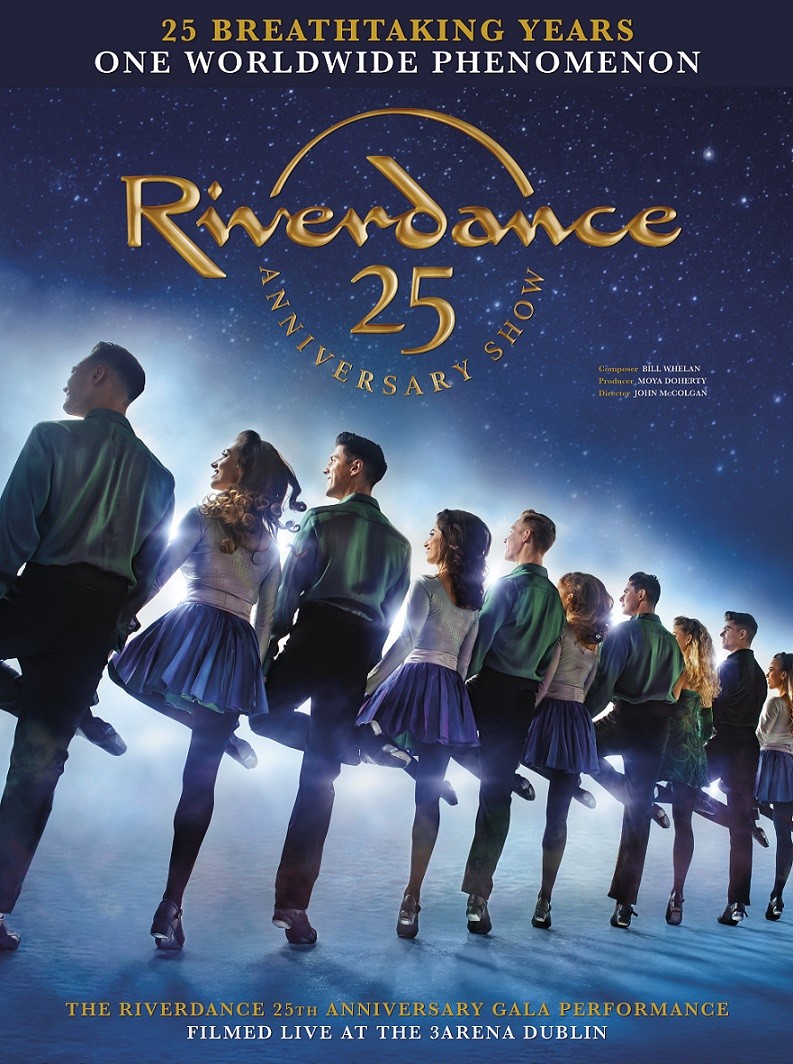 Due to Covid restrictions this event has now sadly been cancelled.

“Entertainment doesn’t come much better than this.” - The Irish Examiner

The new 25th Anniversary show catapults Riverdance into the 21st century and will completely immerse you in the extraordinary and elemental power of its music and dance. 25 years ago, 7 minutes changed the face of Irish dancing forever.

This powerful and stirring reinvention of the beloved family favourite is celebrated the world over for its Grammy Award-winning music and the thrilling energy of its Irish and international dance.

Filmed live at the 3Arena Dublin, the exact spot where it all began, the 25th Anniversary Gala Performance will bring Riverdance to the big screen for the very first time!

“A family evening unlike anything else!” - The Times

“The phenomenon rolls on! There will always be a Riverdance!” - The New York Times

“The show is quite simply incredible.  A phenomenon of historic proportions.” - The Washington Times

“The sort of spectacle and experience that comes along once in a lifetime.” - The Hollywood Reporter

“The original…. the best” - The Irish Times

Running time is 120 minutes including an interval (t.b.c.)

Friday 20 March performance has been rescheduled to Saturday 5 September. If you have pre-booked tickets, they will be valid for the new date.

WARNING: Riverdance 25th Anniversary Show contains a sequence of flashing lights which might affect customers who are susceptible to photosensitive epilepsy