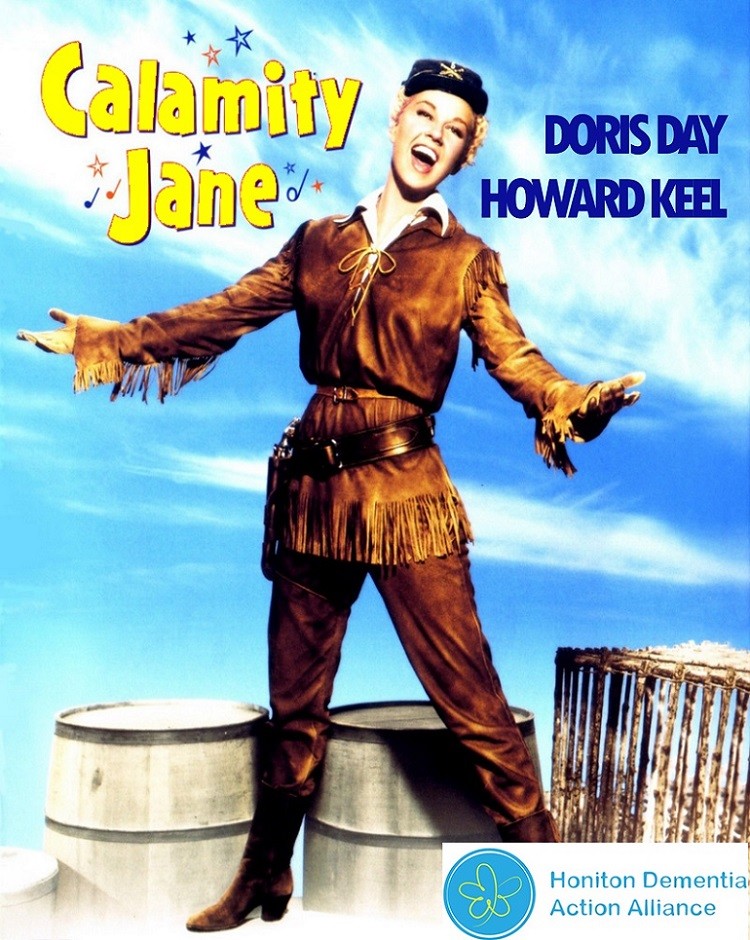 In the lonely American territory of Deadwood, Dakota,  sharpshooter Calamity Jane (Doris Day) falls for cavalry Lt. Danny Gilmartin (Philip Carey) when she is forced to rescue him from the Indians. Recognizing that the women-starved townsmen long for a "real" woman, Calamity journeys to Chicago to bring back famous singer Adelaid Adams, but mistakenly brings her maid Katie instead. Heartbroken when Danny falls for Katie, Calamity all but ignores her jovial friend Wild Bill Hickok (Howard Keel).

From 1953 this Warner Brothers Musical Comedy has a fabulous central performance from Doris Day at her most whip-cracking and some great numbers. Grab your chaps and put on your spurs, just leave your horse outside.