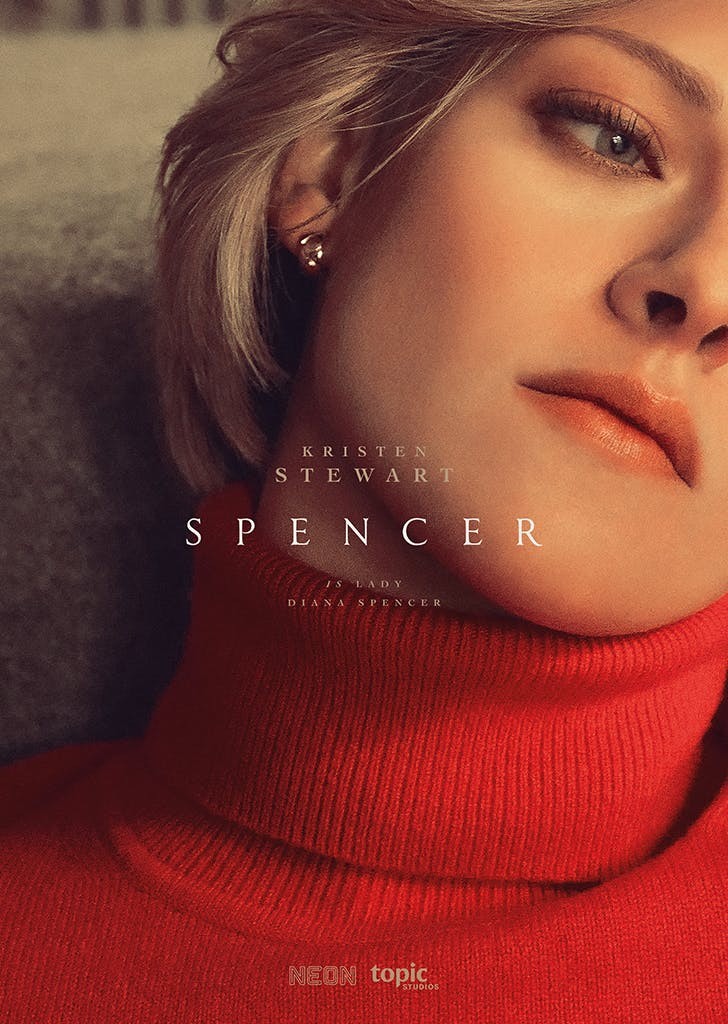 The marriage of Princess Diana and Prince Charles has long since grown cold. Though rumors of affairs and a divorce abound, peace is ordained for the Christmas festivities at the Queen's Sandringham Estate. There's eating and drinking, shooting and hunting. Diana knows the game. But this year, things will be profoundly different. Spencer is an imagining of what might have happened during those few fateful days.

From the director of the acclaimed biopic Jackie and with Kristen Stewart (Twilight) in the title role.

It's beautifully shot, really well-acted by Kristen Stewart, and has a fantastic score by Jonny Greenwood that I've already decided is my favorite of the year. - Film Week

Kristen Stewart is so good as Princes Diana-it's the performance of her life-that the Academy should start engraving her name on the Best Actress Oscar. - ABC News

Stewart both carries the film and the day. She looks nothing like Diana but is somehow Diana. I think it's called "great acting." - The Spectator

The Beehive will open an hour before the performance. The bar will be open and you will be able to take your seats in the auditorium 30 minutes before the start time. We encourage patrons to wear a mask when moving about the building and to respect social distancing. Please read our Covid safety measures ahead of your visit.