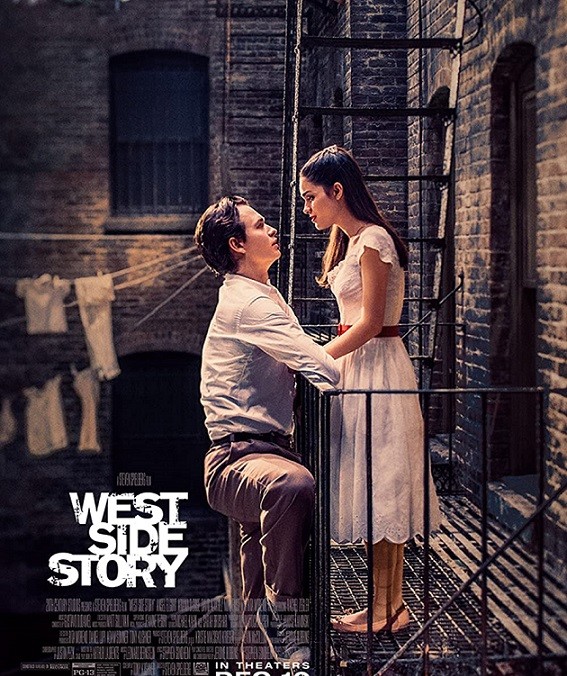 This 4pm screening is socially distanced.

A new adaptation of the beloved stage musical (and a loving tribute to its 1961 big-screen iteration) from director Steven Spielberg and Pulitzer Prize-winning screenwriter Tony Kushner, West Side Story follows two teenagers from different ethnic backgrounds who fall in love in 1950s New York City.

As their romance intensifies, they find themselves drawn into the heart of a conflict between two warring gangs.

Mr. Spielberg did not waste his time-or ours. The new West Side Story is simply fabulous. - Observer

There's a substrata of genius-level artists at work here: from Spielberg himself, who delivers his best film in nearly 20 years, to the late, great Stephen Sondheim, Jerome Robbins , Leonard Bernstein and William Shakespeare -- and you can really feel it. - Time Out

Spielberg quite rightly doesn't try hiding any of those stage origins. His mastery of technique is thrilling; I gave my heart to this poignant American fairytale of doomed love. - Guardian

The Beehive will open an hour before the performance. The bar will be open and you will be able to take your seats in the auditorium 30 minutes before the start time. Face masks must be worn unless you are eating or drinking or are exempt. Please read our Covid safety measures ahead of your visit.