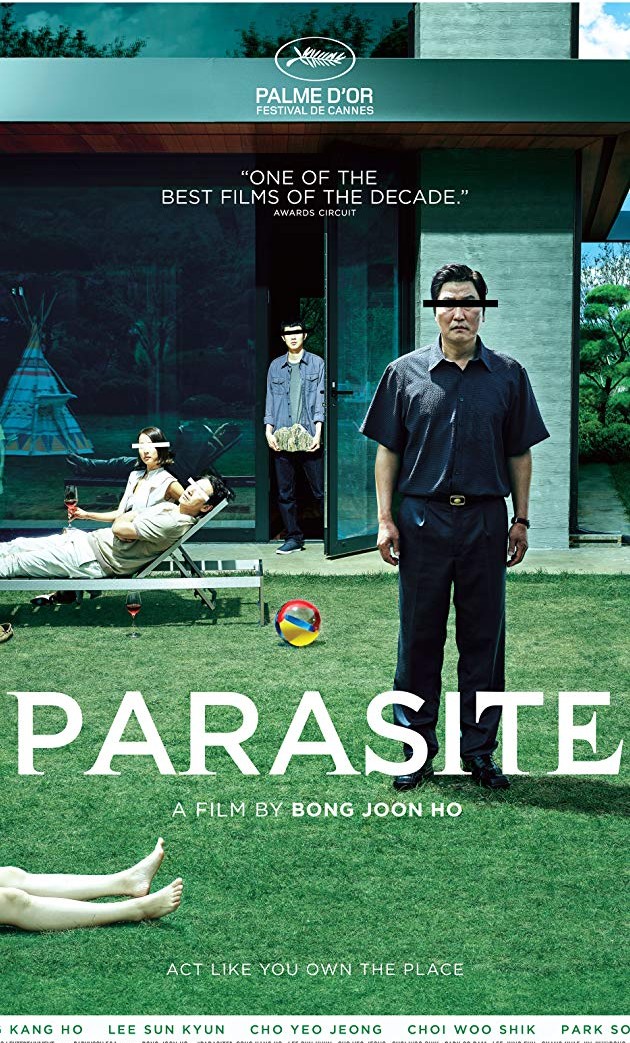 A dazzling satire about class and social privilege - winner of the Palme D'Or at Cannes 2019, winner of the Best Motion Picture - Foreign Language Golden Globe, 2 BAFTAs and 3 Oscars including Best Film and Best Director.

Meet the Park Family: the picture of aspirational wealth. And the Kim Family, rich in street smarts but not much else. Be it chance or fate, these two houses are brought together and the Kims sense a golden opportunity. Masterminded by college-aged Ki-woo, the Kim children expediently install themselves as tutor and art therapist, to the Parks. Soon, a symbiotic relationship forms between the two families. The Kims provide 'indispensable' luxury services while the Parks obliviously bankroll their entire household. When a parasitic interloper threatens the Kims’ newfound comfort, a savage, underhanded battle for dominance breaks out, threatening to destroy the fragile ecosystem between the Kims and the Parks.

By turns darkly hilarious and heart-wrenching, Parasite showcases a modern master at the top of his game.

‘a cinematic masterpiece’ ★★★★ - The Guardian 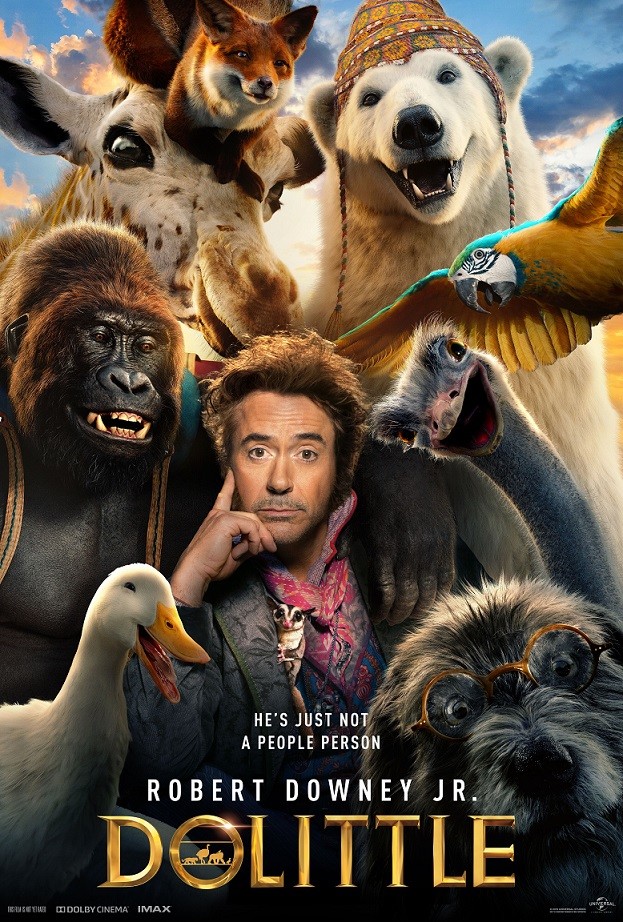 Robert Downey Jr. electrifies one of literature’s most enduring characters in a vivid reimagining of the classic tale of the man who could talk to animals: Dolittle.

After losing his wife seven years earlier, the eccentric Dr. John Dolittle (Downey), famed doctor and veterinarian of Queen Victoria’s England, hides himself away behind the high walls of Dolittle Manor with only his menagerie of exotic animals for company. But when the young queen (Jessie Buckley) falls gravely ill, a reluctant Dolittle is forced to set sail on an epic adventure to a mythical island in search of a cure, regaining his wit and courage as he crosses old adversaries and discovers wondrous creatures.

The doctor is joined on his quest by a young, self-appointed apprentice (Dunkirk’s Harry Collett) and a raucous collection of animal friends, including an anxious gorilla (Rami Malek), an enthusiastic but bird-brained duck (Octavia Spencer), a bickering duo of a cynical ostrich (The Big Sick’s Kumail Nanjiani) and an upbeat polar bear (John Cena from Bumblebee) and a headstrong parrot (Emma Thompson), who serves as Dolittle’s most trusted advisor and confidante. 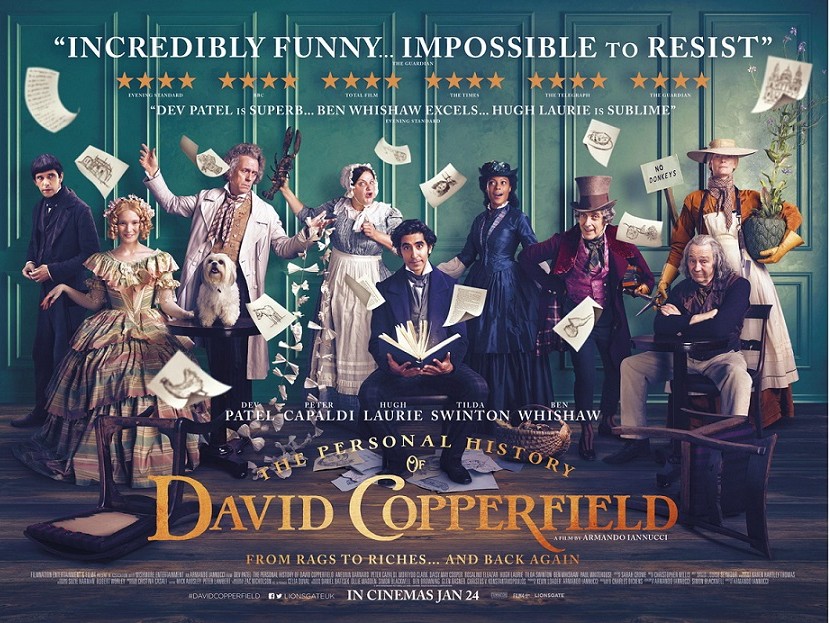 From birth to infancy, from adolescence to adulthood, the good-hearted David Copperfield is surrounded by kindness, wickedness, poverty and wealth, as he meets an array of remarkable characters in Victorian England. As David sets out to be a writer, in his quest for family, friendship, romance and status, the story of his life is the most seductive tale of all.

The Personal History of David Copperfield re-imagines Charles Dickens' classic ode to grit and perseverance through the comedic lens of its award-winning film makers - giving the Dickensian tale new life for a cosmopolitan age with a diverse ensemble cast of stage and screen actors from across the world. Emmy winner and Oscar nominee Armando Iannucci (In the Loop, The Death of Stalin) and Simon Blackwell (In the Loop) lend their wry, yet heart-filled storytelling style to revisiting Dickens' iconic hero on this quirky journey from impoverished orphan to burgeoning writer.

A vivacious adaptation of the Charles Dickens classic, this is as wide-eyed and open-hearted as they come. - Independent

Everything rattles and zings like a pinball machine, and it's a bracing, entertaining, richly satisfying experience. - Guardian