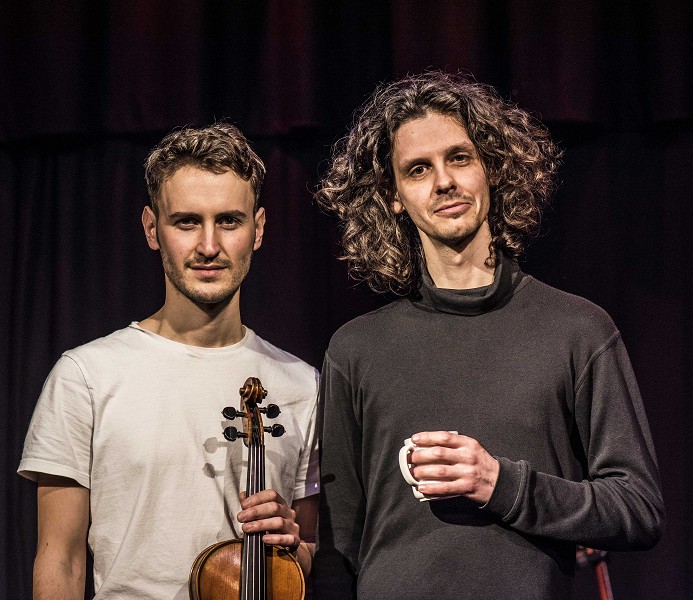 We are delighted to welcome back Joe and Cole to the Beehive, their hometown venue! This eagerly anticipated show will be their only Devon gig to launch the new album. Sure to be another sell out so get your tickets early.

Here they embark on their UK tour to coincide with their much anticipated second album release following on from their recent worldwide tours with Midge Ure. With live sessions on BBC Radio 2 and 6 Music, performances at Glastonbury and Cambridge Folk Festival, the duo bring a dynamic, intimate and unique format to these live concerts.

“Two of the most extraordinary musicians, a phenomenal duo” – BBC Radio 2

Friday 10 April performance has been rescheduled to Saturday 26 September. If you have pre-booked tickets, they will be valid for the new date. 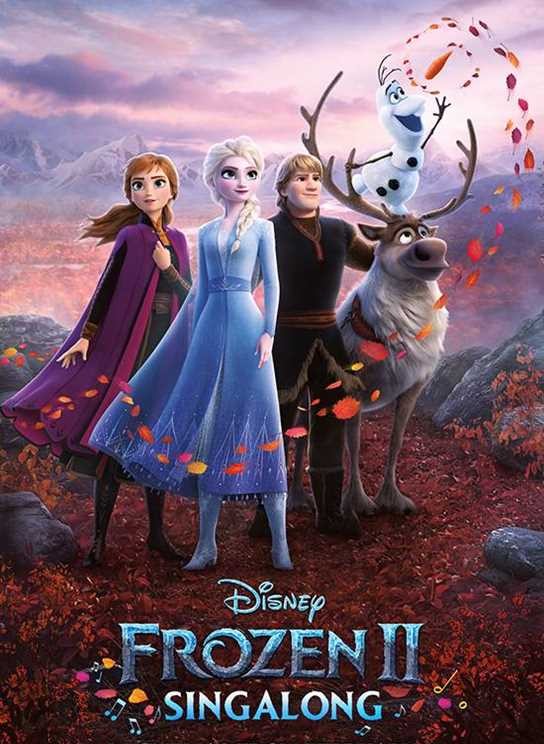 Relive all the iconic songs from Frozen II: 'Into the Unknown', 'Show Yourself', 'Lost in the Woods', 'All is Found' and many more. Come Along and Sing-Along!

You know the story dont you?

Why was Elsa born with magical powers? The answer is calling her and threatening her kingdom. Together with Anna, Kristoff, Olaf and Sven, she'll set out on a dangerous but remarkable journey. In 'Frozen', Elsa feared her powers were too much for the world. In 'Frozen II', she must hope they are enough.

Saturday 11 April performance has been rescheduled to Saturday 29 August. If you have pre-booked tickets, they will be valid for the new date. 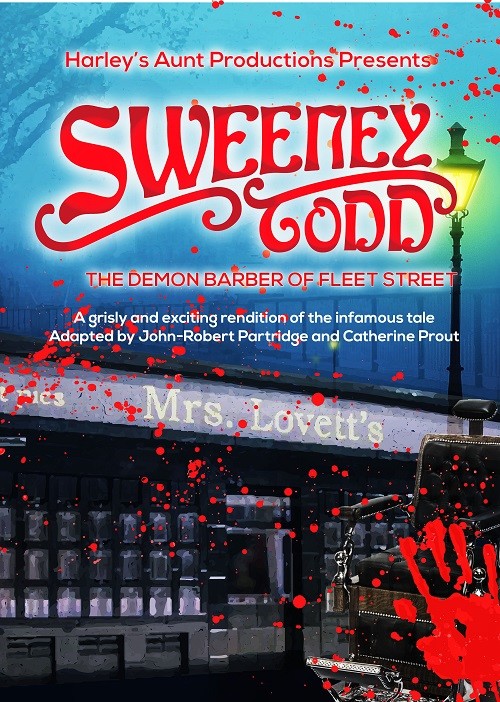 A grisly and exciting rendition adapted by John-Robert Partridge and Catherine Prout.

Based on the original Penny Dreadful Novel, A String of Pearls, this production is a deliciously spooky rendition of the story of Sweeney Todd.

Hard to believe that this quietly spoken, unassuming barber of Fleet Street is anything other than your average late 18th Century entrepreneur, divesting customers of excess facial hair.

Hard to believe that the formidable Mrs Lovett is anything other than a superlative chef, producer of the most addictively, delectable meat pies in London.

Hard to believe anything of note, since anyone who asks too many questions tends to disappear on long trips.

Thing is though, people are going missing. Terrified wretches are appearing in the Asylum, raving about razor blades and meat supplies. And, from the large cavity under the Crypt of St Dunstans Church is emanating the most repulsive odour – really, it’s like something died down there…

Join Captain Carlisle as his ship docks in London and he goes in search of answers.

With some adult themes, recommended for ages 15+ and not for the faint-hearted! 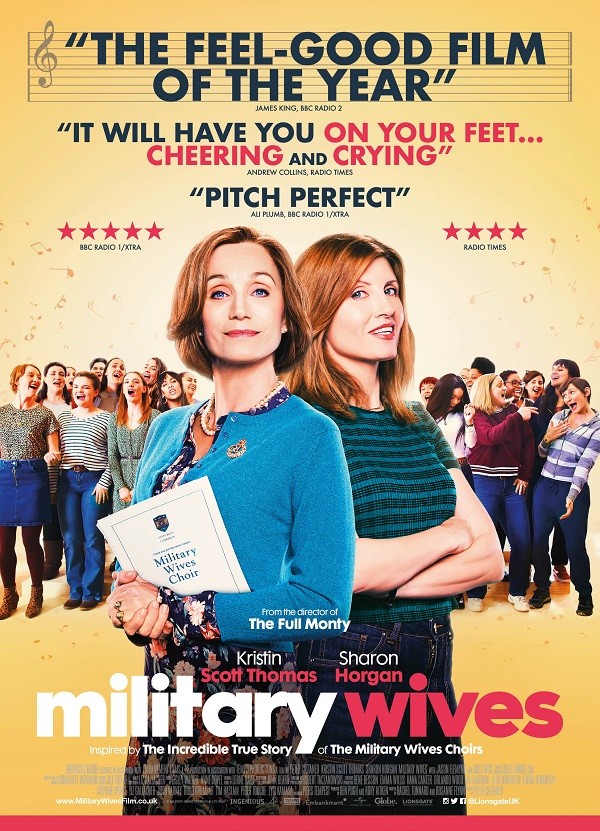 'The Feel-good film of the Year' - James King, BBC Radio 2

Military Wives is centred on a group of women from different backgrounds whose partners are away serving in Afghanistan. Faced with their loved ones' absences they come together to form the very first military wives choir, helping each other through some of life's most difficult moments, and quickly find themselves on an international stage. Peter Cattaneo (The Full Monty) directs Kristin Scott Thomas and Sharon Horgan in this feel-good crowd-pleaser inspired by true events.

Gosh darn it, it's hard not to warm to a film that features an a cappella version of Yazoo's "Only You"... and Kristin Scott Thomas having a verbal cat fight in a parking lot. - Hollywood Reporter

It will have you on your feet...cheering and crying - Radio Times

Saturday 18 April performance has been rescheduled to Friday 28 August. If you have pre-booked tickets, they will be valid for the new date. 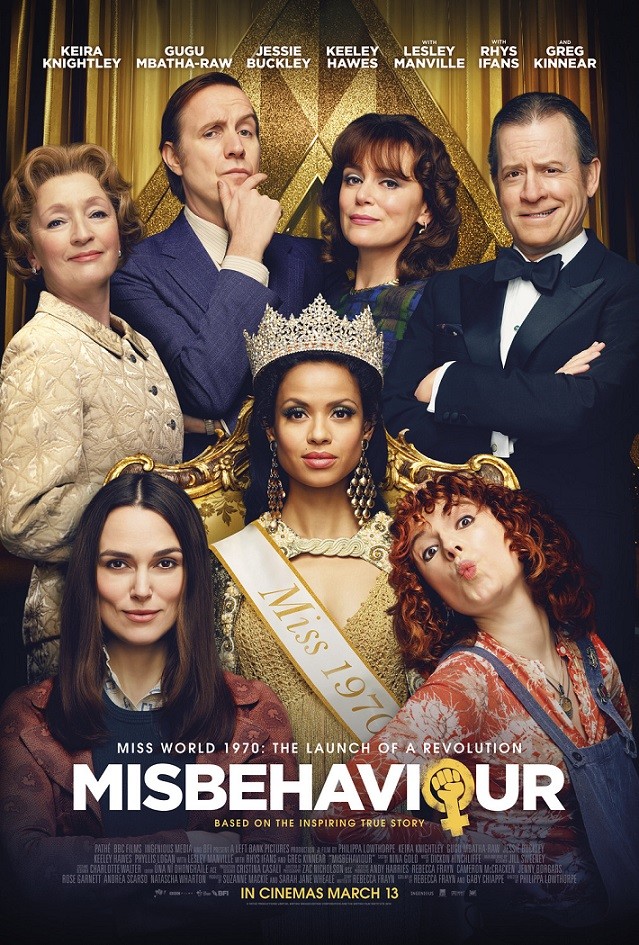 In 1970 the Miss World competition took place in London, hosted by US comedy legend Bob Hope. At the time Miss World was the most-watched TV show on the planet with over 100 million viewers. Claiming that beauty competitions demeaned women, the newly formed Women’s Liberation Movement achieved overnight fame by invading the stage and disrupting the live broadcast of the competition. Not only that, when the show resumed, the result caused uproar: the winner was not the Swedish favourite but Miss Grenada, the first black woman to be crowned Miss World. In a matter of hours, a global audience had witnessed the patriarchy driven from the stage and the Western ideal of beauty turned on its head.

Friday 24 April performance has been rescheduled to Friday 4 September. If you have pre-booked tickets, they will be valid for the new date. 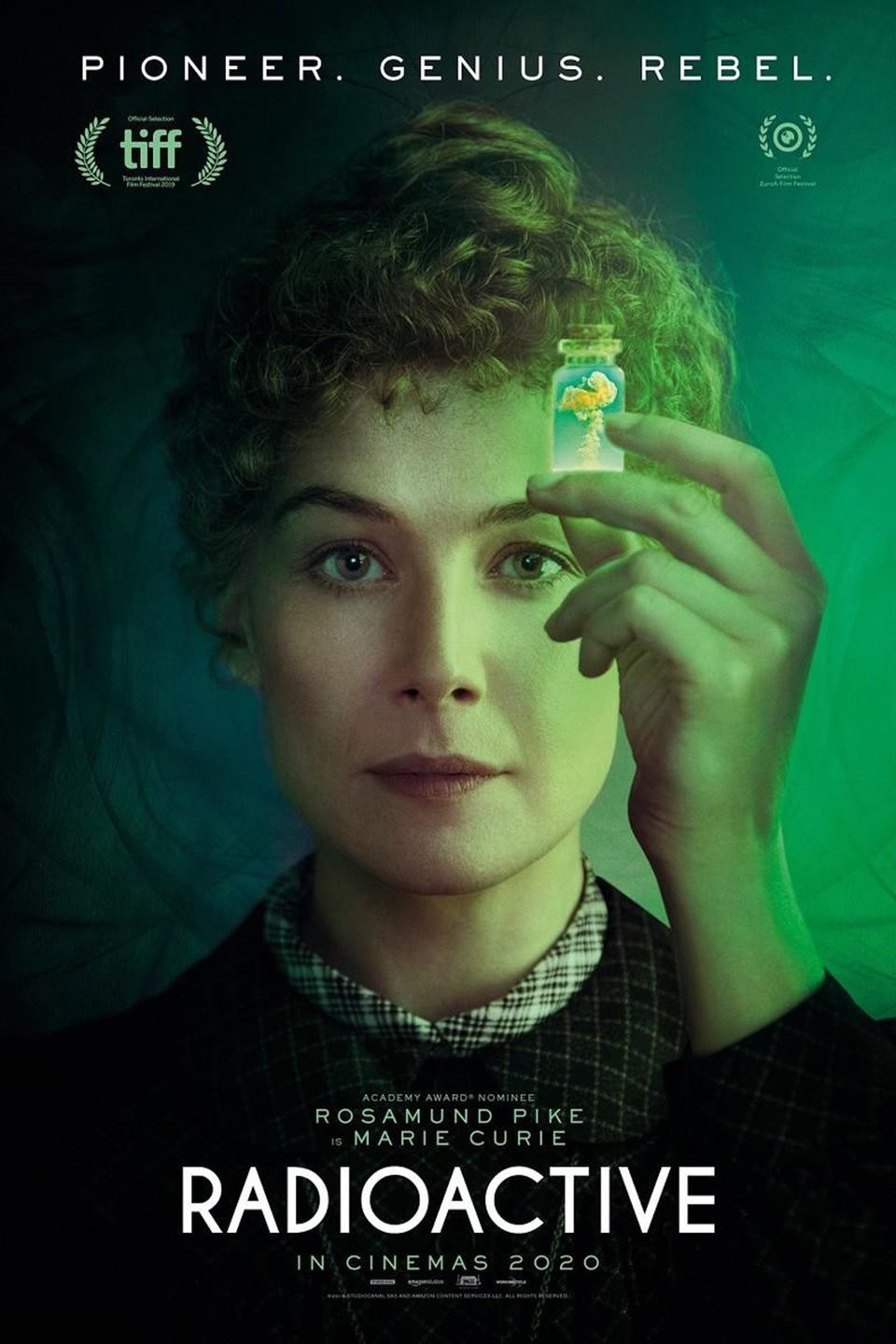 Rosamund Pike plays the Polish scientist Marie Curie, who discovered the radioactive elements radium and polonium. Working with her husband Pierre Curie (Sam Riley), she became the first woman to receive a Nobel Prize (she would also become the only person to receive two). Throughout her life Marie showed a steely reserve in the face of xenophobia and institutional hostility, but her discoveries and legacy came at a price, not only for the woman but also for the world.

Satrapi collapses a century of innovation and destruction from the discovery of chemotherapy to Chernobyl into a flat timeline that Curie can see right through as though looking at an x-ray. In those moments of stylistic imagination, the film glows. - Variety

A timely reminder of this exceptional woman's achievements. - Hollywood Reporter 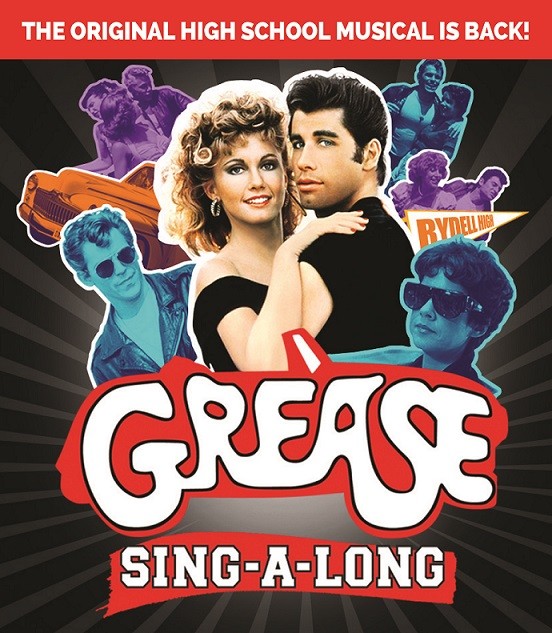 Grease is the word and this is the Sing-A-Long version so join in with all the numbers and have a great afternoon. You know the story, Danny and Sandy indulge in a passionate love affair with each other. They part ways believing they will not see each other again but fate has other plans. A bit of 'rock'n'roll' nostalgia, quiff your hair, get your leathers and come along! The words are up on the screen for all the numbers as well so there is really no excuse. 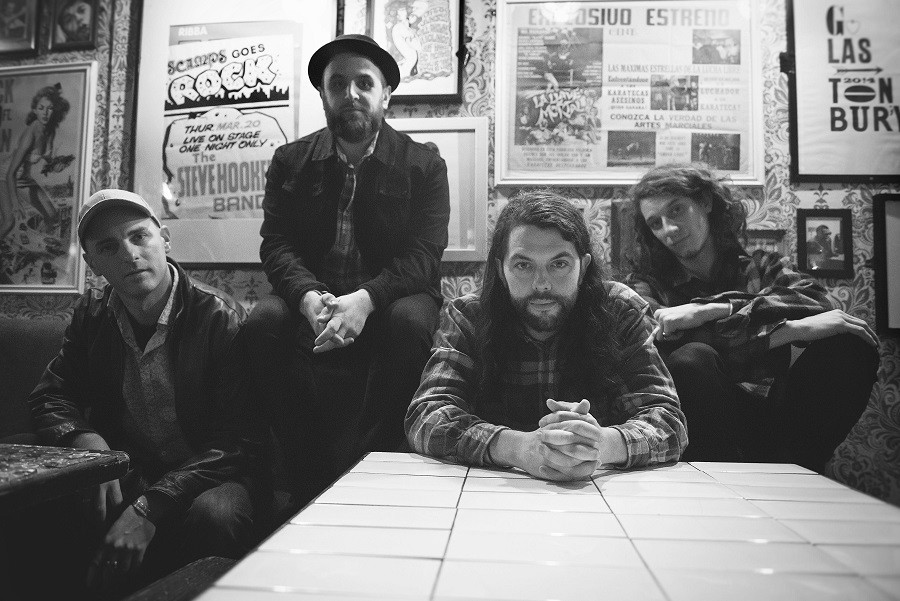 The Beyond the Horizon Tour with support from Jordan Jane

Influences span the history of modern music with great admiration for the delta blues of the 40s and 50s, British Invasion and Psychedelic Rock of the 60s and 70s, Southern Rock and Soul and modern age Punk, Rock and Blues artists. Blues music is at the heart of everything they do but their sound isn’t bound to those rules or that genre. Influences include greats like Muddy Waters and Howling Wolf, Jimi Hendrix and Fleetwood Mac, The Doors and Pink Floyd and more recent punk and rock and roll bands like Nirvana, QOTSA and Idles.

True Strays have made Bristol their home recently, after a previous band disintegrated after 5 years hard work. Determined to never be in that situation again, the True Strays was formed with the ambition that this band would last. With a new set of songs and hopes in their suitcases, the band set off doing what they knew best; playing live. A real road band, they took any show they could, busked relentlessly, and shared their songs with anyone that would listen. Regularly collaborating with old band mate Matthew Cooke and some of Bristol finest keys session players, the bands sound expanded and found new direction.

“Rising stars of the UK Americana scene” – The List

“Their creations have vitality, it’s more than just words and music, they pack a real punch and make you sit up and take notice…” – Blues & Roots Radio

Friday 1 May performance has been rescheduled to Friday 9 October. If you have pre-booked tickets, they will be valid for the new date.

This is a standing gig with seats around the side.